My first time on one of the Balearic Islands was in September 2018. We went to Majorca (Mallorca), the biggest Balearic Island located in the Mediterranean. Majorca has approximately ‎859,289 residents, and they’re called Mallorcans. Before visiting Majorca, I had no idea what I should expect of the Island, but I was very excited to find out. The flight from Eindhoven, The Netherlands to Palma de Majorca was approximately 2.5 hours. I’m still amazed by how quick you can enter a whole other ‘world’. It’s something very special in my opinion, don’t you think? 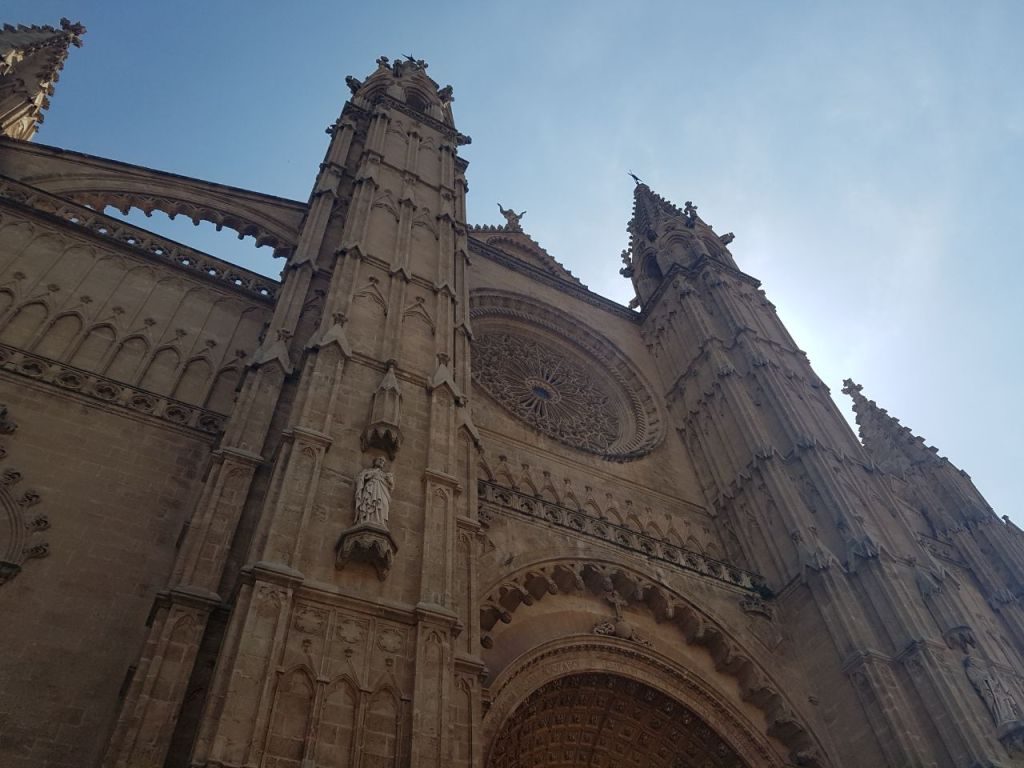 “Not all those who wander are lost” – J. R. R. Tolkien for The Lord of the Rings

“Palia Dolce Farniente is next to Majorca’s Egos Beach, and offers 2 tennis courts and a large outdoor pool. Each spacious room has a private balcony, fan and satellite TV. Surrounded by gardens, the Dolce Farniente Hotel consists of low-rise buildings with typical Mediterranean design. The resort of Cala D’Or is 3 km away.’ – Booking.com

The only thing I saw right away was that accessibility could have been better.

One of the things that could be better were the doorways, because those were very small. Like the space in the rooms, which were also very small. Another thing is that there were a lot of steep slopes in and around the hotel. But there were also many good things about this place. There was a pool hoist to enter and exit one of the pools. Also, the hotel staff was very friendly and willing to help. It was an all-inclusive arrangement and the food was fantastic. There were enough food choices every day and a lot of different drinks available. The water tasted extremely salty, but the other drinks were okay. During our stay we bought bottled water and with that the water problem was solved. 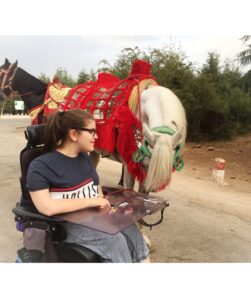 One of the first things we did was discover the port of Cala d’Or. It was on a walking distance from the hotel and the weather was very good. There were many beautiful, large boats in the sea and there were many people on a discovery like us. The views, the sun and the mountains were so beautiful. After this walk, we went back to the hotel for some dinner. It was our first dinner, so I had no idea what kind of food I could expect. But we were very satisfied by the dishes they served. There was a nice vibe and everyone was cheerful and excited. After the dinner, we had some drinks at the pool and went to bed. The next day we woke up early and had some breakfast at the restaurant. We also found out that they’ve got very good coffee!

We did a cool boat tour like the tour in Kos. This time we did the tour with the Starfish tours. It was a cool boat with a glass bottom. The glass bottom was not very interesting for me, because it was downstairs. It was a long tour which lasted for like 3 hours. And wow! The sea was so beautiful, I couldn’t get enough of the views. A boat can never be fully accessible I guess, but the Starfish was good. There was an accessible toilet and the main floor was good for wheelchair users. You wouldn’t be able to do the tour in your powerchair, because they need to lift you into the boat. During this tour you could admire the beauties of the island. One of my favorite things to do on a trip, is a boat tour I think.

Most of the time we stayed in and around the hotel. The weather was great and there was enough to see and to do. Across the hotel there was a karaoke bar, so we visited that once or twice. We certainly did not get bored because there was always something to do. The hotel also made sure that there was a nice gig or dance every night. One evening they had a paella workshop, after which everyone was allowed to eat the paella.

One of the other days we went to the big city Palma de Majorca. We went with the same touring-bus as we did from the airport to the hotel. It was a beautiful ride to see more of Majorca. First, we visited the big castle of Majorca, but it was not very interesting. If you’re in a wheelchair you would’ve not been able to go close to the castle. But the views from the mountains were very beautiful. You could enjoy the view of the beautiful blue sea.

After this visit the bus took us to the city of Majorca. He brought us to the cathedral of Majorca, which was very beautiful! After seeing and entering the cathedral, we went in to the streets of the city. There was enough to see, to visit and to enjoy. In the middle of the city we stopped and had a drink at the Starbucks. Btw – this Starbucks was very good accessible with a wheelchair! We saw cool things, like a wedding! We visited some shops and found some souvenirs to buy. After a while we had some lunch at the MacDonald’s. After a long day we went back to the hotel. I’d really recommend everyone to visit Palma de Majorca at least once during your holiday in Majorca. 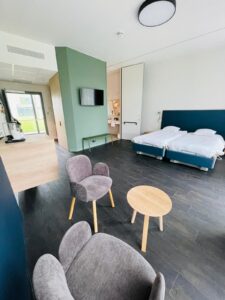 Accessible B&B in Denekamp, The Netherlands 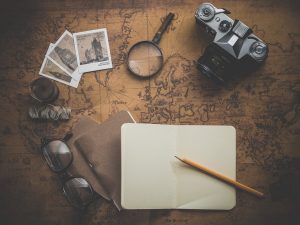